Anthony Stevens (born 27 March 1933[1]) is a Jungian analyst, psychiatrist and prolific writer of books and articles on psychotherapy, evolutionary psychiatry and the scientific implications of Jung's theory of archetypes. A graduate of Oxford University, where he studied under Carolus Oldfield in the Department of Psychology in the 1950s, Stevens has two degrees in psychology in addition to a research doctorate (MD); during the 1950s Stevens also studied under Oldfield in the Department of Psychology at Reading.[2] He is a member of the Royal College of Psychiatrists and a senior member of the Independent Group of Analytical Psychologists.

Early in his career Stevens did research under the supervision of John Bowlby into the development of attachment bonds between infants and their nurses at the Metera Babies Centre in Athens.[3] This led him to appreciate the role played by archetypal components in the formation of mother-child attachments and was to provide him with the basic insights which inspired his magnum opus, Archetype : A Natural History of The Self.[4]

Archetype : A Natural History of The Self

In Archetype, Stevens examines the close conceptual parallelism that exists between the "patterns of behaviour" and their underlying "innate releasing mechanisms" studied by ethology (the branch of biology which studies animal behaviour in the wild) and Jung's notion of archetypes functioning as "active living dispositions" in the human "collective unconscious". He suggested that together the two disciplines of ethology and analytical psychology could provide the tools required to examine how the human psyche has evolved out of its reptilian, mammalian, and primate precursors to assume the characteristics that are apparent in us at the present time. In addition to maternal attachment, he used this approach to elucidate such phenomena as xenophobia, puberty initiation, sexual bonding, the developmental programme evident in the human life cycle, and so on, attempting to demonstrate that each had an archetypal basis in the genetic endowment and phylogenetic history of our species. In subsequent books and papers he applies the same approach to dreams, symbolism, warfare, and psychiatry.

Stevens lives in retirement on the Greek island of Corfu. 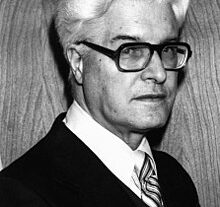