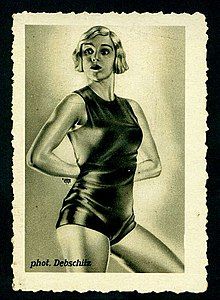 Born in Switzerland, the daughter of the editor of the Swiss newspaper Neue Zürcher Zeitung,[2] Her younger sister was Hedi Schoop. Schoop was mostly self-taught, though she did study some ballet and modern dance after she was an established performer. She performed throughout the 1930s and made several tours of the United States, arranged by the impresario Sol Hurok.[1] Schoop, the performer, was often referred to as a female Charlie Chaplin. She often toured often under the moniker, "Trudi Schoop and her Dancing Comedians."

Schoop stayed in Switzerland during World War II, and often performed in anti-Fascist cabaret shows. She resumed touring after the war, but disbanded her dance company in 1947 and moved to Los Angeles, California[3] to undertake an exploration of dance as therapy for schizophrenic patients.

Among the several California medical institutions where Schoop worked was the Camarillo State Mental Hospital, where she was recommended as a therapist by UCLA neuropsychiatrists who had reviewed her theories.[3] Schoop developed what she called body-ego technique, which used movement to help draw patients out of isolation and help them to respond to, rather than shrink from, human contact.

Schoop impacted countless people and is known as one of the founders of dance/movement therapy, based on the dance/movement therapy created by C.G:Jung in 1916. In Los Angeles she worked together with Tina Keller-Jenny.[4] Many people who studied with her mentioned her sense of humor, warmth, and love.[5]

She died in Van Nuys, California. Her Ashes were scattered at sea, off the coast of Orange County, California [6] 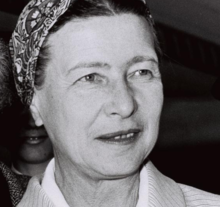