Neumann was born in Berlin to a Jewish family.[1] He received his PhD in Philosophy from the University of Erlangen-Nuremberg in 1927 and then continued to study medicine at the University of Berlin, where he acquired his first degree in medicine in 1933. In 1934 Neumann and his wife Julie, who had been Zionists since they were teenagers, spurred on by fear of persecution of Jews by the Nazi government, moved to Tel Aviv.[1] For many years, he regularly returned to Zürich, Switzerland to give lectures at the C. G. Jung Institute. He also lectured frequently in England, France and the Netherlands, and was a member of the International Association for Analytical Psychology and president of the Israel Association of Analytical Psychologists. He practiced analytical psychology in Tel Aviv from 1934 until his death from kidney cancer in 1960.[1]

Neumann contributed to the field of developmental psychology and the psychology of consciousness and creativity. He had a theoretical and philosophical approach to analysis, contrasting with the more clinical concern in England and the United States. His most valuable contribution to psychology was the empirical concept of "centroversion", a synthesis of extra- and introversion. However, he is best known for his theory of feminine development, a theory formulated in numerous publications, most notably The Great Mother. His works also elucidate the way mythology throughout history reveals aspects of the development of consciousness that are parallel in both the individual and society as a whole.

His most enduring contributions to Jungian thought are The Origins and History of Consciousness (1949) and The Great Mother (1955).[3] Another work, Depth Psychology and a New Ethic, reflects on human destructiveness and the way the human mind relates to its own shadow.

Neumann further developed his studies in feminine archetypes in his Art and the Creative Unconscious, The Fear of the Feminine, and Amor and Psyche.

Neumann also wrote poetry, a novel called The Beginning (Der Anfang), and in 1932 conducted a critical study of Franz Kafka's works at a time when Kafka was still a minor figure in the literary world.[1] 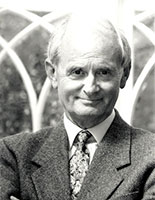