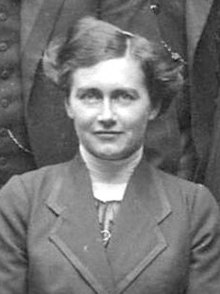 Emma Jung (born Emma Marie Rauschenbach, 30 March 1882 – 27 November 1955) was a Swiss Jungian analyst and author. She married Carl Jung, financing and helping him to become the prominent psychiatrist and founder of analytical psychology, and together they had five children. She was his "intellectual editor" to the end of her life.[1] After her death, Jung described her as "a Queen".

Emma Rauschenbach was the daughter of a wealthy industrialist, Johannes Rauschenbach, the then owner of IWC Schaffhausen.[2] At the time of her marriage she was the second-richest heiress in Switzerland.[3]

Emma Rauschenbach first met C. G. Jung in 1896 when she was still a schoolgirl, through a connection of his mother. Jung reported at the time that he knew then that one day Emma would be his wife. The couple married on 14 February 1903, seven years later. They had five children (four daughters and one son): Agathe, Gret, Franz Karl, Marianne, and Helene.

Upon her father's death in 1905, Emma and her sister, together with their husbands, became owners of IWC Schaffhausen - the International Watch Company, manufacturers of luxury time-pieces. Emma's brother-in-law became the principal proprietor, but the Jungs remained shareholders in a thriving business that ensured the family's financial security for decades.[2]

Emma Jung not only took a strong interest in her husband's work, but assisted him and became a noted analyst in her own right. She developed a particular focus on the Grail. She had a brief correspondence of her own with Sigmund Freud, during 1910–11.[4] In 1906, Freud interpreted several of Jung's dreams of the period as portending the "failure of a marriage for money" (das Scheitern einer Geldheirat).[5]

Emma died in 1955, predeceasing Carl Jung by almost six years. After her death from a recurrence of cancer, he carved a stone in her name, "She was the foundation of my house". He is also said to have wailed, "She was a queen! She was a queen!" ("Sie war eine Königin! Sie war eine Königin!") as he grieved for her. Her gravestone was inscribed: "Oh vase, sign of devotion and obedience."[6] 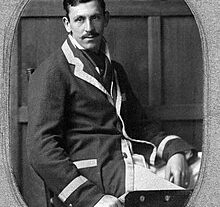 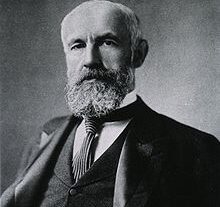