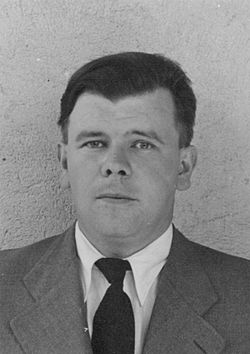 Bohuslav Brouk (November 19, 1912, Prague-Holešovice [1] – January 19, 1978, London) was a psychoanalyst, writer, poet, publicist, philosopher, esthetician, sociologist and biologist, one of the most prominent figures in the Czech interwar avant-garde. [2] From 1948 he lived in exile. He was one of the first promoters of psychoanalysis and a critical interpreter of Sigmund Freud’s work in Czechoslovakia. His work concerns psychoanalysis (Autosexualism and Psycherotism, 1935), language and manner of expression (Linguistic Comedian, 1941), or human relations to things (so-called chrematology or the science of things, People and Things, 1947).

This enfant terrible of the Czech avant-garde and bohemians of the 1930s and 1940s became a co-founder of the Surrealist Group in the Czechoslovak Republic in 1934, whose leaflet, informing about its establishment, he published at his own expense. The Beetle was not a member of the Surrealist Group only for the form, he actively participated in the contemporary discussion of art and politics. Already in the nine-year-old magazine ReD (9/1930), he published a text on the relationship of psychoanalysis to Marxism, which initially connected artists. [3] During a dispute within the group, in 1938, he sided with Karel Teige against Vítězslav Nezval. He dealt mainly with psychoanalysis, sexology, suicide and a number of other topics. During World War II, he worked as an artistic advisor to the White Swan department store, which was built and owned by the family company.

In the post-war period 1945–1948, he became intensively involved in political and journalistic activities – as one of the few intellectuals at that time he lectured publicly and published texts in the press in which he systematically and relentlessly unmasked communist ideology and especially the practical policies of the Communist Party of Czechoslovakia. In addition, together with his friends, architects Karel Honzík and Ladislav Žák, he developed the concept of lifestyle [4].

In the spring of 1948 he went into exile, first to the American occupation zone in Germany, then to France (Paris), Australia (Melbourne), and from the end of 1958 he lived in the United Kingdom (London). 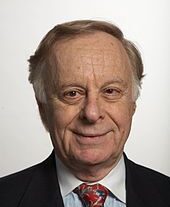